Giuseppe Tampieri is a multifaceted artist, draftsman, painter, sculptor and engraver. Born in Lugo di Romagna in 1918 but shortly after his birth, his mother prefers to return to his hometown, Faenza: here, from early childhood, Giuseppe reveals strong aptitudes for art and attends the "Tommaso Minardi" School of Drawing. He completed his artistic studies at the Academy of Fine Arts in Florence where, in 1941, he obtained the qualification to teach. He exhibited for the first time at the Ravenna Trade Union Exhibition in 1936. He later participated in the most important national art exhibitions, including the Venice Biennale and the Rome Quadriennale. Many of his personal exhibitions have been set up, and repeated several times, in Milan, Florence, Genoa, Faenza, Forte dei Marmi, Catania, Nervi, Barcelona, Imola, the Republic of San Marino, Lugo, Naples, Milano Marittima, Montecatini Terme, Cervo, Forlì, Assisi, Hamburg, Siena, Bolsena, Messina, Massa, Sorrento, Verona, Rome, Ravenna, etc. His works can be found in numerous public and private collections in Italy and abroad. He died in Faenza, in his home-studio on June 17, 2014. 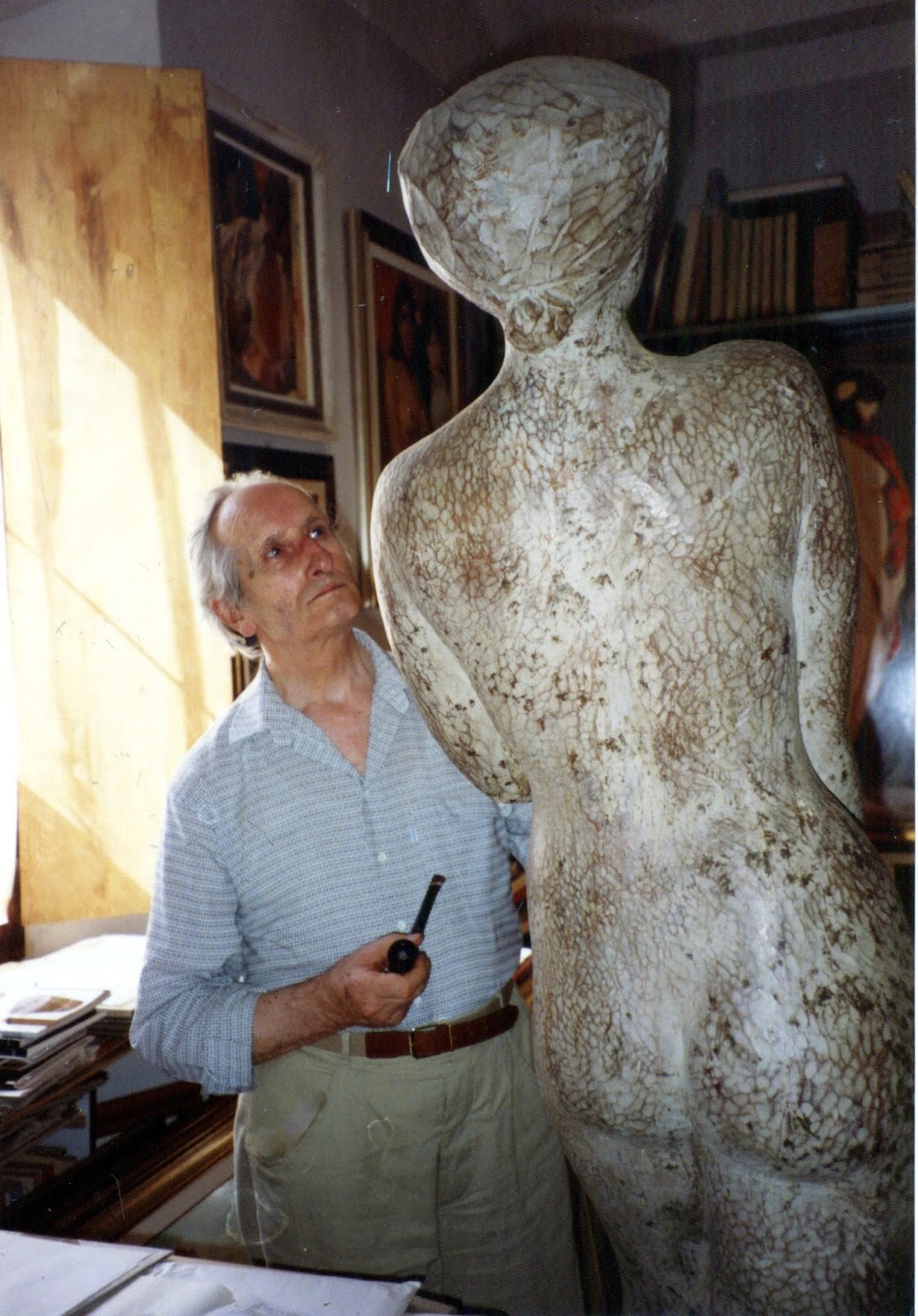