Giulia Di Filippi is present in Giorgio Mondadori’s  publishing   series with a monography introduced by Paolo Levi. She has contributed to Italian and foreign galleries, moreover she is present in some museums , picture-galleries and private collections.

In 2001 she elaborates the series “Verso 1” (Towards 1 ) , presented at the Palais de Festival , Cannes . The same exibition is showed at the “ Emilio Greco Museum , Sabaudia and at the Wunderkammer Gallery , Bergamo , in 2002 .

In 2004 she begins the study of sacred geometry, from which she  develops a multimedial work entitled “Archetipi Universali” (Universal Archetypes)

Between 2007/2008 Giulia directs her research to the philosophy of style and eros, producing “Erosophy”, later developed into a multimedial work.

Between 2009/2010 she realizes several works on “polisensorialità” (the concept that things have various meanings) and on the areas of the brain interested by it. This theory is explained in a multimedial publication : “Polisens , learning the polisensory pleasure”

In 2011 she takes part to the 50th  Biennale of Venice with two works on the law of opposites ,a very intriguing subject from which comes out an itinerant exibition “L’opposto e L’uno” ( The opposite and the one) ; exibition also presented for the opening of the Auditorium in Isernia.

In 2012 she cooperates with the “Top Art”, an American firm, leader in copies of artits ‘ paintings. In 2012 she gives her cooperation to the “Artbeat”, a business project,that takes  a new perspective toward contemporary art where the artist keeps searching his most expressive touch.

In January 2014 ,the exibition “Joy” is presented at the European Parliament in Strasbourg.

In the same year Giulia focuses her research on “ Neuroarte” , a new branch of neuroscience conceived by Samir Ziki , so her production deals with the brain and its areas ;this work  is intended to the International Park of Research –“Neuromed” –CNR.

In 2019 the “Spiteful Collection” : a collection arising from an ancestral need for not taking our existence too seriously , existence that is often ephemeral, changing and never completely in our hands.

The paradox is supported by irony and spite conceived to defuse the moment impressed on the canvas; spaces and objects are not meant to represent the eternal static, they  ask for hilarity not contempt, an almost perverse game between the sacred and the facetius ,opposites culminating in a girl smiling in the foreground, in a banana peel always present in existential slips. “Defusing” is the new centre of Giulia’s creative universe , “defusing” through the “spiteful” , where everything is allowed ,  granted in the name of a new asyncronous  language ,never redundant, but innovative ,disobedient ,against the idea of a world where everything is organized, precise ,classified. Unmistakable are the characteristics of Giulia’s art ,alternative icons of communication ,deserving respect and careful consideration. 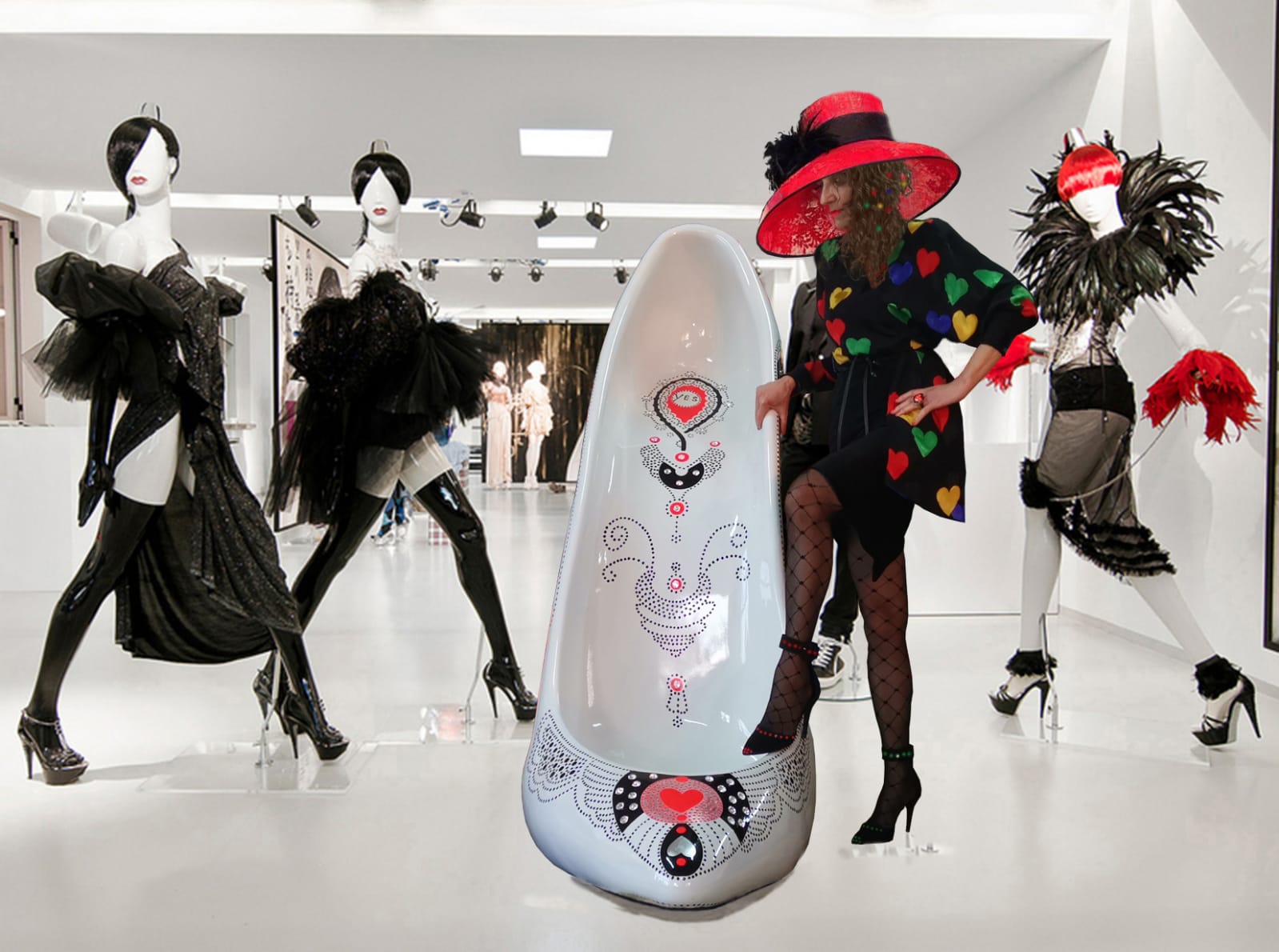